For many people, choosing where to invest is a hard decision. Should you invest in a company that may grow dramatically in the next few years? Or are tried and true institutions the way to go?

Lots of people go for the fun, new startups whenever they come onto the market. That’s fine!

But for people willing to stick with an older, more established company, there’s a secret reward waiting for them: Dividends.

First of all: What are dividends?

A dividend is essentially a reward from a company to its stockholders when profits are up.

They can take the form of extra shares, cash, or other payouts.

Companies can issue them annually, quarterly, or on an unconventional schedule.

Why would a company just give away part of the profits from the last year?

At a certain point, they may not be permitted to invest in their company any more than the other shareholders.

So why not spread that money around?

These are also companies where things have stabilized and the people running them are more interested in being stable.

Dividends are a way for them to reward their investors and provide social proof that they are interested in profit above everything else.

It’s certainly not mandatory for a company to give out dividends.

Microsoft didn’t issue a dividend to its investors until 28 years after the company was founded.

Dividends are a bonus reward that not every company chooses to distribute.

But for those who do, it’s a boon to their investors.

Even more than their stock price, a dividend (and any fluctuations it may have) can influence the image of a company as stable vs. unstable.

If a company is able to distribute dividends, this creates a certain impression of the company.

It speaks volumes that the company doesn’t necessarily need to invest directly back into themselves.

Or, even better, that they can do so and still afford to give their investors a healthy dividend back.

Sustaining dividends gives an impression of success and signals health to investors.

That’s also why it’s so meaningful when dividends are threatened.

In 2016, there was serious fear that BP would lower or even cut their dividend after oil sale prices were threatened by world events.

ConocoPhillips had already lowered theirs by two-thirds!

Thankfully, the numbers corrected themselves and BP investors still got a dividend.

Increase your yield with paying dividends.

A dividend on a stock or two is probably not going to pay you enough to take the place of a payday.

But dividends that pay cash are a fantastic way to increase your income – especially if you build up a portfolio of dividend paying stocks like we do here at the Income Investors.

They’re independent of the actual shares of the company and interest.

Dividends may end up a fantastic choice for people new to investing who want something stable that will pay out without a fuss.

This creates a “living portfolio” that provides payments outside the normal buy-sell cycle (and may give people peace of mind enough to make better long-term decisions).

If a company offers an option for reinvesting dividends back into the company, chances are that there’s lots of money to be made!

Dividends are already highly dependent upon a company’s growth.

The more growth, the higher the dividend.

Reinvesting a company’s dividend by buying more stock during a boom time allows for an increased profit at the moment of greatest potential earning.

You may even end up beating the market average by allowing reinvestment.

Unlike certain landmarks in a stock’s life (such as an IPO), dividends aren’t something a company achieves just once.

Certain companies have been paying out dividends for decades.

That’s plenty of time and opportunities to earn a bonus investment.

Dividends: The reward for investing in stable companies.

They're the blue chips – the companies that have been around a while such as Coca-Cola and Microsoft—the older, more proven companies on the stock exchange.

Dividends are a popular choice for people looking to earn passive income through investing.

There are several resources for the people willing to develop a dividend-heavy portfolio to generate income for today and the future. And we happen to specialize in that here at the Income Investors. 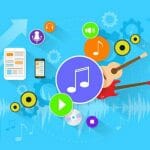 How to Invest in Royalties 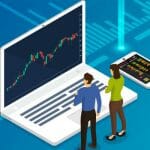 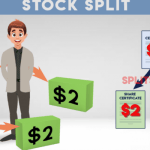